Two young people whose careers have grown quickly and are making a sizable impact on the sport are being honored by the United States Harness Writers Association: Todd McCarthy with the Rising Star Award, which honors trainer/drivers 30 years of age or younger, and Jessica Otten with the Lew Barasch Breakthrough Award, which honors non-trainer/drivers in the same age bracket. 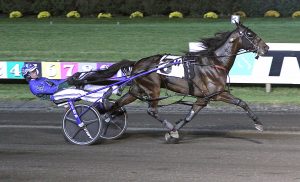 McCarthy comes from a long line of top-rated horsemen from Queensland in his native Australia, among them his brother Andrew, who came over to North America years ago and has also established himself as a top driver. Todd made a remarkably-quick breakthrough. After debuting here in late August 2020, his skills became so apparent that trainers were soon putting him up behind top horses, and he had amassed 336 sulky scores this year at press time. His earnings of $7,454,501 put him among the top ten drivers in North America in 2021.

McCarthy’s highest-profile horse this season was Allywag Hanover, a free-for-all pacer who on his best day could (and did) match strides with any horse around. McCarthy and Allywag Hanover tied a 1:46.4 world record at Lexington in the Allerage Pace, and also scored in the final of the TVG Open Pace, the Canadian Pacing Derby, and divisions of the W.R. Haughton Memorial and Sam McKee Memorial. 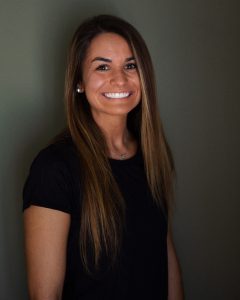 Jessica Otten’s harness origins are in the state of Michigan, where she used social media to spread the word about that state’s harness racing, then started to contribute to the Post Time With Mike And Mike podcast. In 2018 she was hired at The Meadowlands, where she now holds the title of Marketing Coordinator.

Still heavily involved in social media with contributions to such events as the Breeders Crown Charity Challenge, Jessica has become a staple of many top-line harness broadcasts, including The Meadowlands’ own productions (handicapping, interviews, and on-set host) as well as national exposure for Standardbreds hosting shows around marquee events such as the Meadowlands Pace, the Hambletonian, and the Breeders Crown series.

Todd McCarthy and Jessica Otten will be honored at USHWA’s Dan Patch Night of Champions Awards Banquet, to be held on Sunday (Feb. 20) at the Rosen Shingle Creek Resort in Orlando, Fla. Those wishing to take out a congratulatory ad in the souvenir journal should contact Lynne Myers at myerslex@yahoo.com; sponsorship opportunities can be explored with Shawn Wiles at swiles@empireresorts.com. For tickets for the Awards Banquet, contact Judy Davis-Wilson at zoe8874@aol.com; to book rooms at the Rosen Shingle Creek, go to the USHWA website, where in the middle of the first page is a link directly into their reservations computer.

Courtesy of TrackMaster - Online programs are available for purchase through 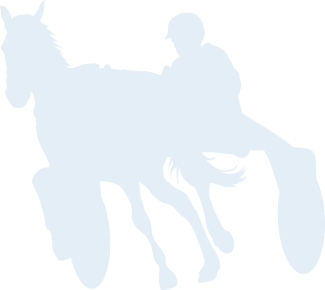